Considering Relocating for a Job

Creditors and Life Insurance: What You Need To Know from Symmetry Financial Group

Young Living Comes Together With Community Through Relief Efforts

Red Flags of a Loveless Marriage, According to the Relationship Experts at Relish

Coping With A Permanent Disability After A Car Accident

E-Commerce: What Are the Key Ingredients of Success?

The Main Ways You Can Improve Your Supply Chain 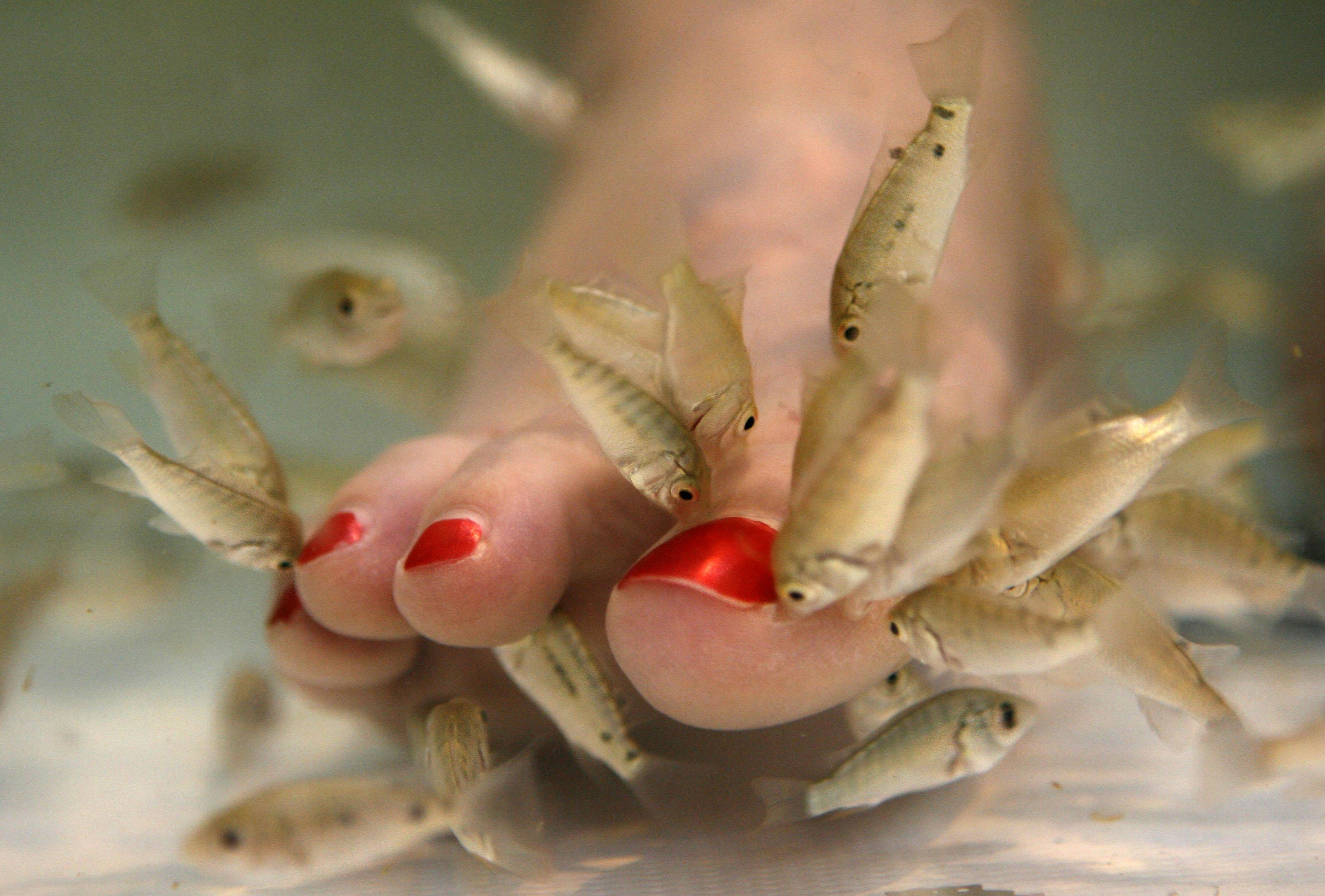 There are those of us who simply cannot live without getting a pedicure. And who can blame them? It’s a jungle out there, you don’t need to be part of the problem by having unsightly talons attached to your feet. But, in our efforts to find the most ‘alien’ way to get a pedicure, we discovered one way that has proven to be a little bit on the fishy side. We are talking about fish that eat dead skin.

Imagine having a school of one inch long fish swarming around your feet and simply nibbling away! The Gurra rufa, or fondly referred to as ‘doctor fish’, have a thing for eating people. Well, the dead skin off their feet anyway. The highly popular and quite frankly, a little strange fish pedicure fetish came up a few years back. This is back when if you weren’t serving your feet to some fish in the name of a pedicure then you weren’t allowed to vote.

A practice that started in the Middle East and the Far East, it found it’s way to the rest of the world and caught on like fish sticks. But it has recently come to light that this way of grooming just might not be as healthy and as chic as we all thought it was.

Why the ‘doctor fish’ might be making you sick

A study conducted by the Centers for Disease (and you know it is serious when these guys get involved) shows that the Gurra rufa species may be transferring some bacteria to their unassuming ‘main course’. Researchers say that the ‘doctor fish’ maybe playing host to colonies of a group of bacteria called ‘Streptococcus agalactiae’. That by itself may not be such a big deal considering the fact that many of us will not know what ‘Streptococcus agalactiae’ is. But they go on to explain further that this particular brand of bacteria can lead to pneumonia, sepsis and meningitis. All conditions that tend to make life a little ‘hectic’ to say the least.

The researchers said that water, the primary address associated with the ‘doctor fish’, is the perfect breeding ground for a host of ill meaning nasties such as bacteria. To add to that, the Gurra rufa have numerous types of bacteria that live on their scales. Further more, they tend to go to the bathroom in that water. Add that the tiny little mouths nibbling away at you and the smallest of cuts may lead to a little more than just another Sunday afternoon with the girls at the spa. You will need to see an actual doctor!

Although, truth be told, these health threats have remained incredibly theoretical, it is still highly advised (by the best doctors on the Planet), that the following people should not go for any of these spa treatments involving fish:

It may seem like a fun way to clean your feet but if you are not highly fond of bacteria and taking chances that involve getting bacterial infections, then you might want to steer clear of this kind of pedicure. Oh and if you also have no desire to have fish nibble on your feet…

A Nostalgic Look At Technology That is Dead and Gone

In the Kitchen-Cultural Clashes in Britain